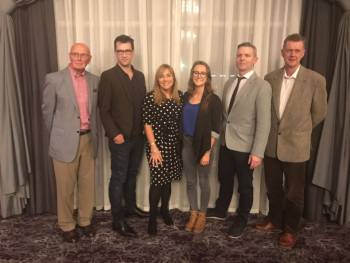 On Sunday 10th September Senator Frances Black hosted an open meeting in Rochestown Park Hotel, Cork. The purpose of the meeting was to highlight the importance of the Public Health Alcohol Bill.

The Bill, introduced by then Minister for Health Leo Varadkar in 2015, aims to reduce alcohol consumption and related harms through measures on advertising, availability, pricing and health labelling. It has been supported by a range of medical experts and practitioners, it has raised controversy and concerns over industry sales and revenue.

Senator Black said: “As an addiction counsellor and founder of the RISE Foundation, I have seen the devastating impact of alcohol misuse on families and communities across Ireland. The reality is that three people die every day in Ireland due to alcohol-related illnesses. It costs the state €2.3bn annually, takes up 1500 hospital beds every night, and puts a huge strain on mental health services. We cannot ignore this any longer, or put industry profit over public health, and I am working tirelessly to get this legislation passed.”

Health Minister Simon Harris last week reiterated his support for the bill and insisted it will be reintroduced to the Seanad in the autumn, but hinted that amendments may be made to reflect industry concerns. Senator Black said: “Taoiseach Leo Varadkar has told me personally he strongly supports the bill, as has Minister Harris. I’m concerned however that it may end up being diluted. To be effective we need this bill passed in its entirety, and get people together to voice their concerns, whatever they may be.”

In advance of the meeting Senator Black met with local drug and alcohol services, UCC researchers and medical experts, Students Unions, and supportive organisations like the ISPCC, Pieta House, Tabor Lodge, and the Suicide Research Foundation. “We need all those concerned about alcohol harm in Ireland to have their say, and all are welcome to attend” said Senator Black.

The meeting brought together health experts, campaigners and community groups to outline how the bill can change Ireland’s harmful relationship with alcohol, and give citizens a chance to have their say to elected representatives.

Speaking from the floor afterwards, Prof Ella Arensman, of the National Suicide Research Foundation, told the meeting that research into suicide in Cork city and county since 2008 found that among men under the age of 40, including adolescents, who took their own lives, some 55 per cent had a history of alcohol.  She said this highlighted that there was clear evidence of a link between alcohol abuse and suicide.  Research has also found that since the recession, between 2007 and 2010, when alcohol prices in Ireland reduced, there was a 30 per cent increase in the number of people presenting with self-harm at the emergency departments in Ireland and the majority of these cases were alcohol related.

Thank you to all of the speakers on the night who shared their knowledge, to everyone who contributed from the floor and all those who attended.

Click here to contact your local representatives in three easy steps.  Please urge them to support the Public Health Alcohol Bill in its entirety. 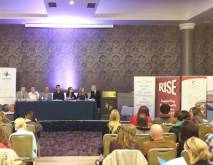 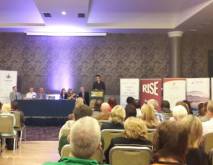 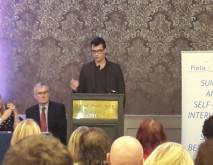 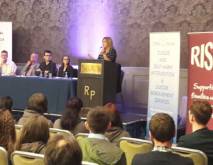 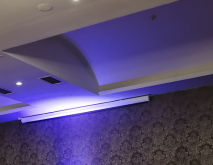